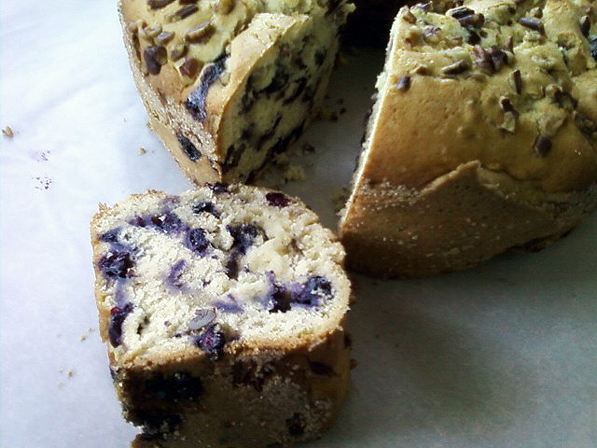 Wishing everyone a Happy July 4th weekend, this post is for Casey Angelova of the food blog, Eating, Gardening & Living in Bulgaria. For the past few months, she has invited food bloggers to submit their recipes under a cultural theme. July’s theme honors the American Independence Day. Apparently, there is a belief that America doesn’t have a culture, nor does it have a cuisine. Such opinions are far away from the truth.

It is sad when commercial food businesses with their multi-million dollar campaigns define American cuisine. All the fast food, just-add-water pre-mixes, corn syrup, crystallized ingredients, processed ready-made, artificial flavors, food dye numbers and scientific words that are difficult to pronounce (even for the average American) are embarrassing exports. These corporations have shaped the American food industry for the last 60 years.

Whoever said America doesn’t have a culture, nor does it have a cuisine has an opinion supported by corporate American dollars. It’s too bad they’ve only seen the classic American junk food made in a factory far away from their home. The United States is expansive. It has various regional cuisines. Adding to the complexity of what is exactly American food are the different cultures from all over the world who continue to contribute, redefine and shape American cuisine with their own special ingredients from their homeland.

“To a far greater degree than anyone realizes several of the most important food dishes of the Southeastern Indians live on today is the “soul food” eaten by both black and white Southerners. Hominy, for example, is still eaten … Sofkee live on as grits… cornbread [is] used by Southern cooks… Indian fritters… variously known as “hoe cake,”… or “Johnny cake.”… Indians boiled cornbread is present in Southern cuisine as “corn meal dumplings,”… and as “hush puppies,”… Southerns cook their beans and field peas by boiling them, as did the Indians… like the Indians they cure their meat and smoke it over hickory coals. ”
– Charles Hudson, The Southeastern Indians*

At the foundation of American cuisine is the Native American culture. What would Italian cuisine be without the addition of tomatoes? They were discovered in America. Where would most cuisines be without chilies, vanilla and cinnamon, for all are native American ingredients. Those tiny, lovely blueberries that are enjoyed in many desserts are native to North America. And, don’t forget about those sweet pecans, for their American, too.

In the last few years, more Americans are participating in a quiet food movement of learning about organic and natural ingredients. People are learning to cook again. The importance of knowing how to cook is starting to be viewed as a necessary life skill, not a luxury of time. Fresh ingredients straight from a farm are being savored. Recipes are being redefined as people make their own cakes, sauces, mayonnaise, bread, spice mixtures, soups and so forth from scratch. Food blogs are adding to this request for learning about recipes that has been forgotten since our grandparents were children.

Straight from my father’s kitchen is this Blueberry cake. It’s one of my favorite summer recipes. He emailed it several years ago, and it’s an impressive cake. It’s very simple to make. My variation is the addition of pecans and the amount of sugar has been decreased. Fresh eggs from a Community Supported Agricultural (CSA) share and organic milk are preferred. Blueberries are a true American dessert, and they’re in season for most of the summer, making them perfect Independence Day treats.

It’s common sense to recognize the Blueberry Pecan Cake recipe as homemade. It’s not a commercial pre-mix of just add water. Over the years, I’ve learned to rarely bring homemade desserts to a potluck, in which everyone else brought a ready-made dish from a grocery store. Both my father and my grandmother will bake a commercial cake for “acquaintances,” too. Last Thanksgiving, my boyfriend’s aunt had a delicious dessert table, in which few people touched. I later learned everyone was waiting for her homemade yellow cake with chocolate icing. She bragged it was made with real butter, and it wasn’t instant. I told her, so many people love having fancy cakes shaped into their favorite cartoon character, but it’s these simple, homemade cakes that are the best. She said that’s the best compliment anyone could hear. Her homemade, buttery cake was made with love, for it has taste. That love of real flavor is what defines American cuisine.

The next time a visit to America is planned, stay away from mass market grocery stores and chain restaurants, because they’re mostly some version of a corn syrup derivative (by the way, maize or corn is native to America, too). Look online for a farmer’s market or a restaurant serving local, organic and seasonal dishes. Those little restaurants in ethnic neighborhoods have some of the best food for simple prices. Please leave the corporate American dollar opinion about food in the homeland and travel hungry into the United States of America.

2. Cream butter and 1 cup sugar until fluffy. About 5 minutes.

4. Add eggs one at a time, beating well after each addition. Add the lemon zest and vanilla.

6. Quickly and gently toss together 2 tsp. flour, 1/4 cup sugar and the blueberries together.

7. Pour batter into a 10 inch pan. Garnish with pecans.

8. Bake for 45 to 55 minutes, until a toothpick inserted in the cake comes out dry.