May we ring in the New Year on a refreshing start. The holidays gave me a few extra pounds that I intend to give away by Spring. I forgot we were invited to a Kwanzaa celebration. That means, I don’t have to cook a New Year’s dinner. After the midnight champagne toast, it’ll be nice to wake up to a citrus salad and lounge around the house until it’s time to socialize. Happy twenty-ten.

END_OF_DOCUMENT_TOKEN_TO_BE_REPLACED

When I told the boyfriend we were having scallops for dinner, his response was neutral. In previous times, he claimed he didn’t like tomatoes. Now, he only eats my tomatoes. His blatant disdain answer about eating spaghetti squash was patiently received. He later asked for seconds. This time, his dislike for scallops was carefully revealed, “You’re making it… I might like the way you cook them.” His only criticism about this dish: it was an appetizer portion. Next time, I’ll serve this dish with brown rice.

END_OF_DOCUMENT_TOKEN_TO_BE_REPLACED 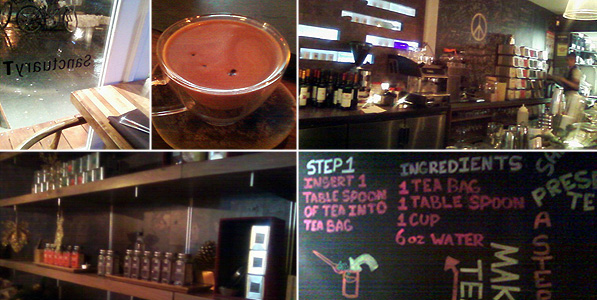 Some recipes have been canceled or moved to another week. Yes. This is a lazy holiday break.

END_OF_DOCUMENT_TOKEN_TO_BE_REPLACED The original Chicken Stew, was made with thyme and parsley. This is a richer version, because I had extra rosemary, sage, and cream. The extra herbs are from the Cornish hens I’m making for Christmas. The roast brussel sprouts provided a garlic green taste, contrasting with the creamy texture. If cooking this stew for the six hours on high, the meat falls off the bone. END_OF_DOCUMENT_TOKEN_TO_BE_REPLACED

After a few years of warm winters, it was a treat to wake up to a winter wonderland. And, it’s a blessing to have a fully stocked refrigerator. We served our sweet breakfast with green tea and faux mimosas (orange juice with wine instead of champagne). We happened to have a cheap bottle of wine, because it was going to be used in the chicken stew for dinner later in the day. We watched church services via live-stream from the internet. When service was over, the sweets were ready.